Michele looking grim after calling out Jacob Appelbaum for putting people at risk by misrepresenting the safety of TOR during an April 2012 Occupy Wall Street surveillance program filmed by Oscar winner Laura Poitras. The clip appears about 16:30 depending on which cut of Citizen Four you view. 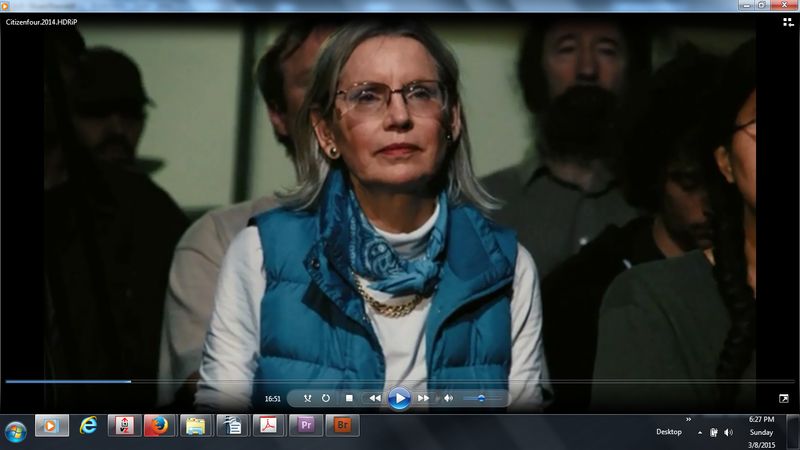 Keyloggers record every keystroke and movement you make on your device, including passwords.  The Internet supervisory programs some parents put on their children's PCs are keyloggers.

EFF's Surveillance Self Defense is a great place to start learning about digital security!  Also explore:

The comments to this entry are closed.